The new 50 Euro note is coming

With us you are on the safe side

The Europa series banknotes are being introduced over several years. The €5, €10 and €20 have already been issued and the €50 will start circulating on 4 April 2017. The new €100 and €200 are planned to be introduced around the end of 2018. The new €50, like the previously issued notes of the Europa series, will circulate alongside the banknotes of the first series, which remain legal tender. Euro banknotes will always retain their value and can be exchanged for an unlimited period of time at the national central banks of the Eurosystem. 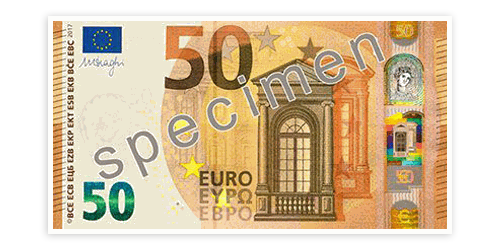 Banknote security features need to be improved from time to time to make the notes even more resistant to counterfeiting. All the banknotes in the Europa series are also being given a fresh look. This has now been done with the new €50, which includes a portrait window visible on both sides as well as other enhanced security features. As a result, it is even more secure and remains easy to check. 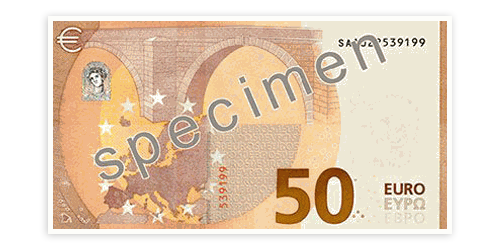